“Living Wage” Ordinance Proposed for County Contracts. What does that Mean?

At the January, 2017 Regular meeting of the St. Croix County Board, Supervisor Roy Sjoberg proposed that discussions should begin on implementing a “Living Wage” ordinance for any companies who do business under contract with the County.

During the  Request for Future Agenda Items portion of the meeting,  he said: “We can’t regulate how private employers pay their people, but we can have some say on businesses that to business with the County… I think it’s time for us to begin a study on this too… I’d like to have discussions start on the possibility of a Living Wage Ordinance.”

The rationale he cited for the need for the ordinance was that if a contractor to the County doesn’t pay employees “sufficient wages” so that the employees are dependent on Social Services provided by the County, it’s “not respectful” of the work ethic we want to have for all the citizens of the County.

That sounds terrific, but what does it mean, exactly?

Supervisor Sjoberg cited the example of Eau Claire County, who passed a similar ordinance last summer that went into effect January 1, 2017 to look toward as a model.  In Brief, the Eau Claire County ordinance requires that all business larger than 20 employees who provide contract services to the county pay their employees an increasing amount based on the federal poverty guidelines for a family of 4. 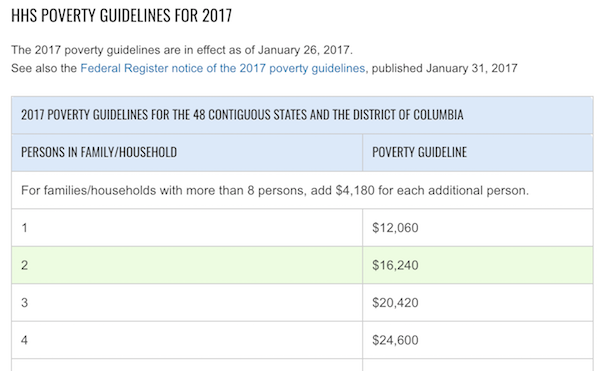 Interestingly enough, Professional Services are excluded from the requirement. Apparently, it’s OK to pay Lawyers, Doctors, Plumbers, Electricians and the like less than minimum wage.

So, if I understand the Sjoberg’s logic correctly, a contractor will probably have to pay entry level employees more if it has any contracts with the County.  That means, the contractor will just have to bid higher on the contract, as will any other bidders.  The project then just costs the County more money, which ultimately comes from the tax payers.

Assuming that there is a huge problem in the County with entry level workers making so little money working on County contracts that they are still dependent on other County social services for a living, it seems to me all this ordinance would accomplish is to shift the burden from one tax payer funded source to another, and tighten the County’s budget just a little bit more in the process.

Sounds like great economics to me.  What do you think?

Living Wage Ordinance Discussion on Committee Agenda for May 17